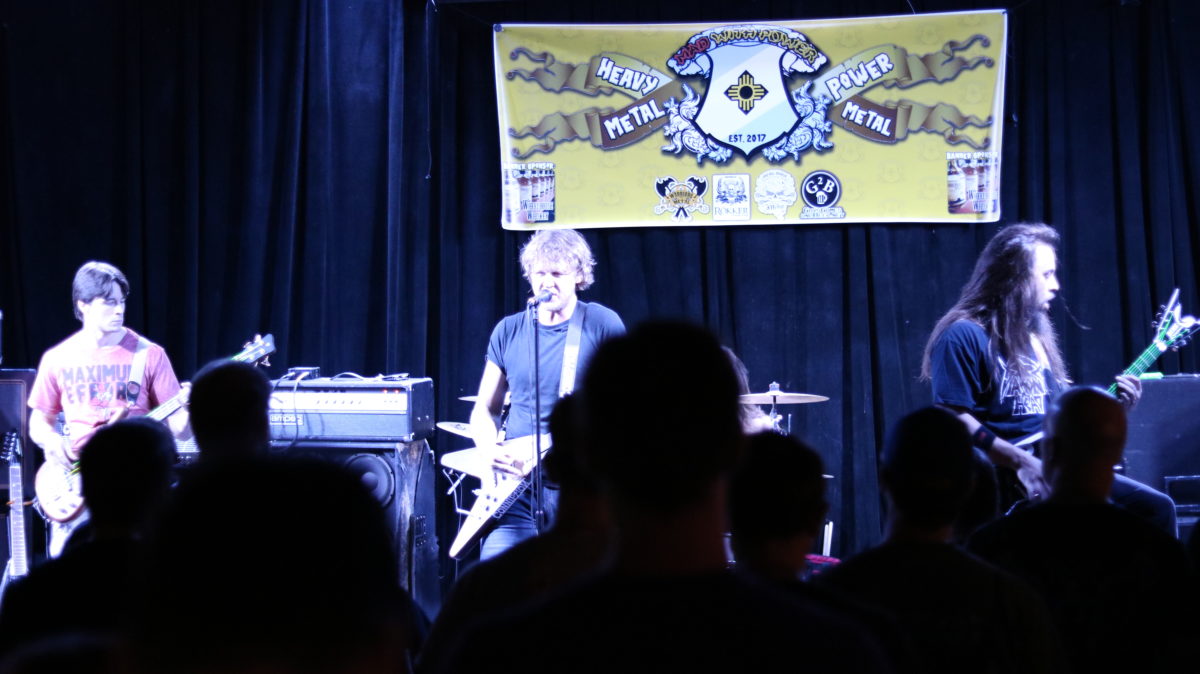 Hey all, this is Ty from Lords of the Trident (the fest organizer). Now that I’ve had a chance to sleep for 30-ish hours, I think I’m ready to type out my fest wrap-up post for Mad With Power Fest 2017.

First and foremost, a GIGANTIC thanks to everyone who came, everyone who traveled long distances to come, and everyone who dragged their friends out with them! HUGE thanks has to go to our VIP ticket purchasers, many of whom bought hundreds of dollars worth of tickets BEFORE THEY EVEN KNEW WHAT THEY WERE GETTING! I was overcome by everyone’s generosity and trust that I would deliver. I hope you found that your fest packages were more than worth the money.

Brad Van & Aftershock Retrogames deserves a standing ovation for supplying the games and making a childhood dream of mine come true. Even though I only got a chance to play one round of Contra, having an arcade lining the fest that everyone could enjoy was hands-down one of THE highlights of the fest for me.

Thanks to Ricky Lee Imhoff and The Red Zone Madison for allowing us to throw the fest at The Annex. Still one of the best rooms in Madison, and all the staff were top-notch!

Steel Iron – it was my first chance to see you guys perform live, and I loved it! Fantastic job. I’m sure we’ll be playing more together in the near future.

InnerSiege – once again, you knocked it out of the park. Had a lot of people really excited to see you guys live (like Scott Calhoun!) and none were disappointed. Always great to get to hang out with you guys over breakfast and chat. REALLY looking forward to hearing the new album!!

Conniption – what can I say that the giant rush of people to the front of the stage already didn’t? Finally, after two years of missed connections, we got to share the stage together once again. You guys blew everyone away, and the last song done in blacklight looked so friggin’ cool. Bill House – I’m going to hold you to that “hang out and play arcade games” day!

AUTOMATON – GENTLEMEN! I LOVED the new material. Sounded absolutely fantastic. I always feel like I don’t get enough time to hang out with you guys when you come up to play, but it was fantastic to give all my automa-bros a big hug in person!

Droids Attack – I said it on stage and I’ll say it again – hands-down my favorite local band! The beer was amazing, the riffs were crunchy, and the robo suit still fits (and still hasn’t given me tetanus…yet)! Let’s keep talking about re-doing that Arcade Bully music vid.

Now, to the sponsors: Guys Games and Beer (and especially Skaboy TD) – you ABSOLUTELY knocked it out of the park with your display. I loved everything you had to show (and play!), and I got so, so, so many compliments about you guys. For those out there who don’t know: The G2B crew volunteered their time to laser engrave all of the mead horns for MWP and Lords, and also surprised all of our VIP backers with engraved pint glasses as well. I cannot thank them enough!

Bos Meadery – Colleen, that mead was EVERYTHING I wanted it to be. Everyone loved it, and I think the fact we killed the keg before Automaton finished played proved that point! That mead is so good I need an IV drip directly into my veins. I’ll be hanging out at the mead hall this week trying to kill the other 4-5 kegs you’ve got

Rökker Vodka – Thanks for the continued support and the placement in Max Ink!

Wheelhouse Whiskey, especially Mark Noxon – Thanks so much for the banner and the AWESOME bags! One of the things I like so much about fests is that you have a chance to encounter bands you’ve never seen before, get blown away, and buy a bunch of merch…but where do you put it all!? The drawstring backpacks we made were the PERFECT accessory for everyone to have with them! Looking forward to continuing to promote your awesome whiskey in the future!

Warriors Of Metal Festival Open Air – Datis and Lea, bummed you couldn’t make it this year, but a huge thanks for supporting the fest and helping Automaton make it safe and sound! They’ll be a guest bed waiting for you for MWP 2!

And finally, thanks to all my bandmates: Akira, Brian, Brent, and Brett for putting up with my frazzled brain for the past few months. Having Functional Adults(tm) in the band really helps everything go WAY smoother.

FEEDBACK: There’s really only two things I would’ve changed about MWP one, and both were sort of beyond my control. I didn’t communicate properly to Andy (the sound guy) that we were planning an encore, so people got confused when the music came on right away after Metal Sea. We were going to do Skyforce & Chains as well, but…next year! Also, the computer that controls the lights in the Annex froze during Droids’ set, hence why we were bathed in yellow-orange for the last two hours of the night. Normally there’s a better light show at the Annex, but cest la vie!

Now – on to announcements for NEXT YEAR: Two bands have already been confirmed for MWP 2: Scythia and subatomic! Since this year was such an amazing success, we have some funds to secure a bigger headliner for MWP 2. If you have suggestions on who we should ask, tag them in the comments below!

Once again – thanks for all your support, all your love, and all your help in making this thing a GIGANTIC SUCCESS. I cannot wait for next year, and can’t wait to continue growing this into one of the BEST metal fests in the US!

See you all at Mad With Power 2!